Why is Climate Change Important? 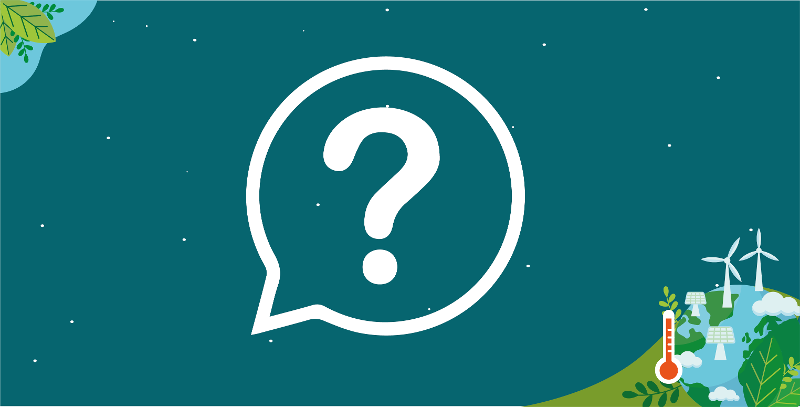 What is climate change?

Climate change is the long-term shift in average weather patterns across the world. Since the mid-1800s, humans have contributed to the release of carbon dioxide and other greenhouse gases into the air. This causes global temperatures to rise, resulting in long-term changes to the climate. The BBC have a really simple guide on 'What is climate change?' here, https://www.bbc.co.uk/news/science-environment-24021772

The Intergovernmental Panel on Climate Change (IPCC) is the United Nations body for assessing the science related to climate change.

Their Sixth Assessment report (link to https://www.ipcc.ch/report/sixth-assessment-report-working-group-i/) found that:

Human-induced climate change is already affecting many weather and climate extremes in every region across the globe. Evidence of observed changes in extremes such as heatwaves, heavy precipitation, droughts, and tropical cyclones, and, in particular, their attribution to human influence, has strengthened since the Fifth Assessment Report.

This graph shows us that global temperatures are increasing. As of 2018, the 20 warmest years on record globally have been in the past 22 years. The Met Office's State of the UK Climate report for 2021 shows the ten hottest years in the UK since 1884 have all happened since 2002.

Why does climate change matter?

Even if we stop all emissions today, we cannot avoid some level of warming. The amount of warming we will see, beyond what we have already caused, depends on the changes we make.

The United Nations Intergovernmental Panel on Climate Change (IPCC) Special Report on Global Warming of 1.5 degrees Celsius was published in October 2018 and describes the enormous harm that a 2 degrees Celsius is likely to cause compared to a rise of 1.5 degrees. Climate-related risks to health, livelihoods, food security, water supply, human security, and economic growth are projected to increase with global warming of 1.5°C and increase further with 2°C.

It is estimated that, globally, humans need to reduce our CO2eq (carbon equivalent) emissions from the current 6.5 tonnes per person per year to less than 2 tonnes as soon as possible. This will need ambitious action from national and sub national authorities, civil society, indigenous peoples and local communities. Current local and global plans and policies are not going to meet this target.