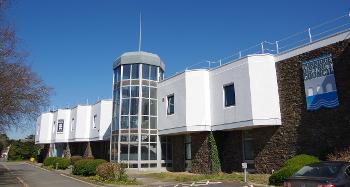 A meeting of the Full Council in Torridge has voted overwhelmingly on proposals to protect front line services deemed vital to residents in Torridge, as budgets come under threat from spiralling costs and unprecedented levels of demand for help. Like other councils around the country Torridge has found itself increasingly under pressure financially with the source in part coming from operational cost price rises such as fuel for its refuse vehicles, but also increases in gas, electricity, construction prices, and latterly nationally agreed pay awards for its staff. However, other pressures have also arisen from the councils' statutory obligations to residents, such as those at risk of being made homeless, exasperated by a lack of affordable private rental housing and with more households finding themselves increasingly squeezed financially. The figures presented in this area are stark with the cost of supporting people into temporary accommodation rising to £293k in just the first three months of the financial year, which is more than the annual expenditure in either of the three previous years. Added together the total deficit against budget to overcome this year is already estimated at £1.3m, and if left unchecked would mean the council would currently be unable to set a balanced budget for 2023/24, falling short by £1.4m on the £15m needed annually.

It is an unusual step to consider and make budget related decisions during the year, which are normally reserved for budget setting meetings in January and February. However, the information presented at the meeting made clear that the council was operating in unusual and unprecedented circumstances and councillors had realised that proactive and urgent decisions needed to be brought forward to tackle the challenge head on.

The financial challenges impacting the council were already highlighted in February, although at the time, not to the extent currently being experienced. Since early in the year a member cross party budget working group has been meeting, tasked with finding solutions that would avoid any cuts in key services or job losses through redundancies. On behalf of the group deputy leader of the Council, Councillor Claire Hodson, presented their findings and recommendations. These included proposals for increased charges for Council Tax on second or empty homes, some rises in car park and green waste collection charges, a reduction in individual Councillor grants and the removal of discretionary business rate relief from certain types of premises. Council Tax changes will need to be approved by April 2023 for implementation in April 2024. The findings from the group emphasised that although the proposals being presented would close the budget gap by around £479k for 2022/23 rising to £704k in 2026/27 a further £250k in recurrent savings and £350 in one-off savings would also be required. The motion to approve the proposals was passed with all party support and an acknowledgement that the working group would report back to full council with further ideas in December.

"We are under no illusion that we are only at the start of a long journey in our fight to keep essential services operating effectively in Torridge and to ensure we continue to adequately support the more vulnerable of our residents. The demand for services has never been higher, particularly from our housing clients who are dealing with a 70% reduction in the availability of privately owned rental properties and a mismatch in average wage rises of only 11% in the last four years against rent price increase of 42% or more. Factor in utility and other price increase and it gives you a scale of the misery this is causing some people. We cannot turn our backs on trying to help these households, who are increasingly reliant on the council for support and we are determined to look at all options to keep our essential services available, a task which has united us as a working group."